Galliford Try were appointed to build a 7.5km single carriageway road that would form a new bypass on the eastern side of Lincoln – known as the Lincoln Eastern Bypass.

When complete, the new road will connect the A15 with the A158, relieving congestion by up to 25% in Lincoln City Centre. Expected to cost £120million, the bypass will improve local infrastructure and enhance the inner-city environment (ref).

MGF were asked to support a phase of the project to construct a 250m, five span bridge over the River Witham. With two of the four bridge pits being one-sided excavations, Galliford Try supported this with sheet piling. Both MGF four-sided excavations would be located between water courses: with the River Witham one side and either the North or South Delph on the other side.

The final solution utilised a combination of GU16N sheet piles, 406UC and 305UC frames with 400 series cross struts across both excavations which spanned 21.8m x 9.80m and up to 3.7m deep.

With discussion open over a year before the equipment was supplied, MGF’s early involvement in infrastructure projects demonstrates the value of early engagement between contractor and temporary works design teams. Cameron and Emma’s relationship with the customer ensured any site issues were resolved in advance of work commencing, with the final solution decided months before the excavation work started. 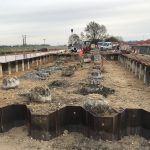 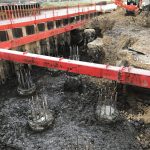 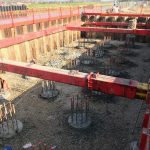 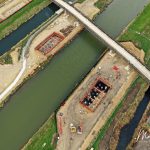 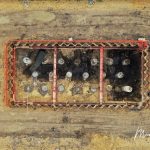 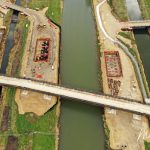 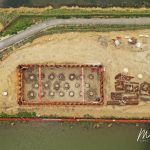 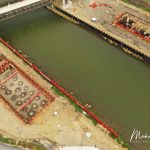 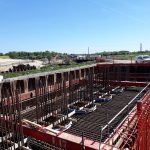 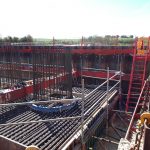 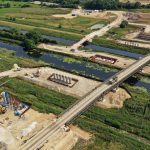 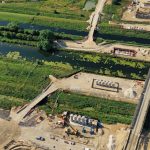 Thanks to The Drone Man for the images.